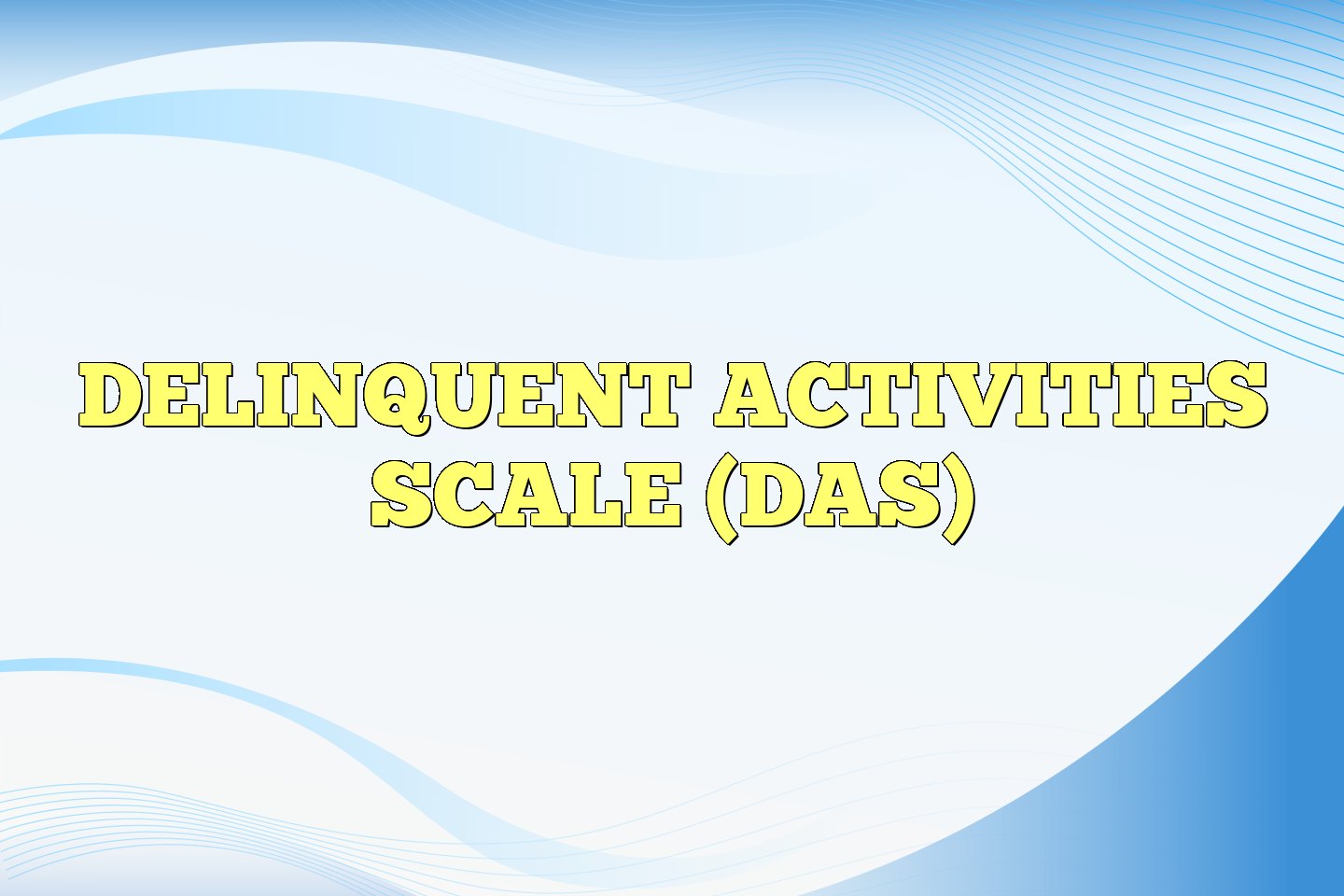 The Delinquent Activities Scale (DAS) , based in part on the Self-Reported Delinquency Scale (SRD) (Elliott, Ageton, Huizanga, Knowles, & Canter, 1983),  is designed to assess specific delinquent offenses and the contribution of alcohol and marijuana to these occurrences. It is composed of 40 items which describe a variety of misbehaviors and ask the respondent to indicate whether they have ever engaged in the behavior, their age the first and last time they engaged in the behavior, if they have ever engaged in the behavior without drugs or alcohol being involved, how many times the behavior has occurred, and how many times alcohol, marijuana, or other drugs have been involved. The DAS also assesses the respondent’s remorse by asking if they were satisfied with their actions and if they would do the same thing again in a similar situation. Subscales of the DAS include predatory aggression, stealing and generalized delinquency, stealing and impulsive delinquency, and drug dealing and aggressive behavior.

Reavy et al. (2012) have examined and described the psychometric properties of the DAS.

___No, probably not (probable remorse)