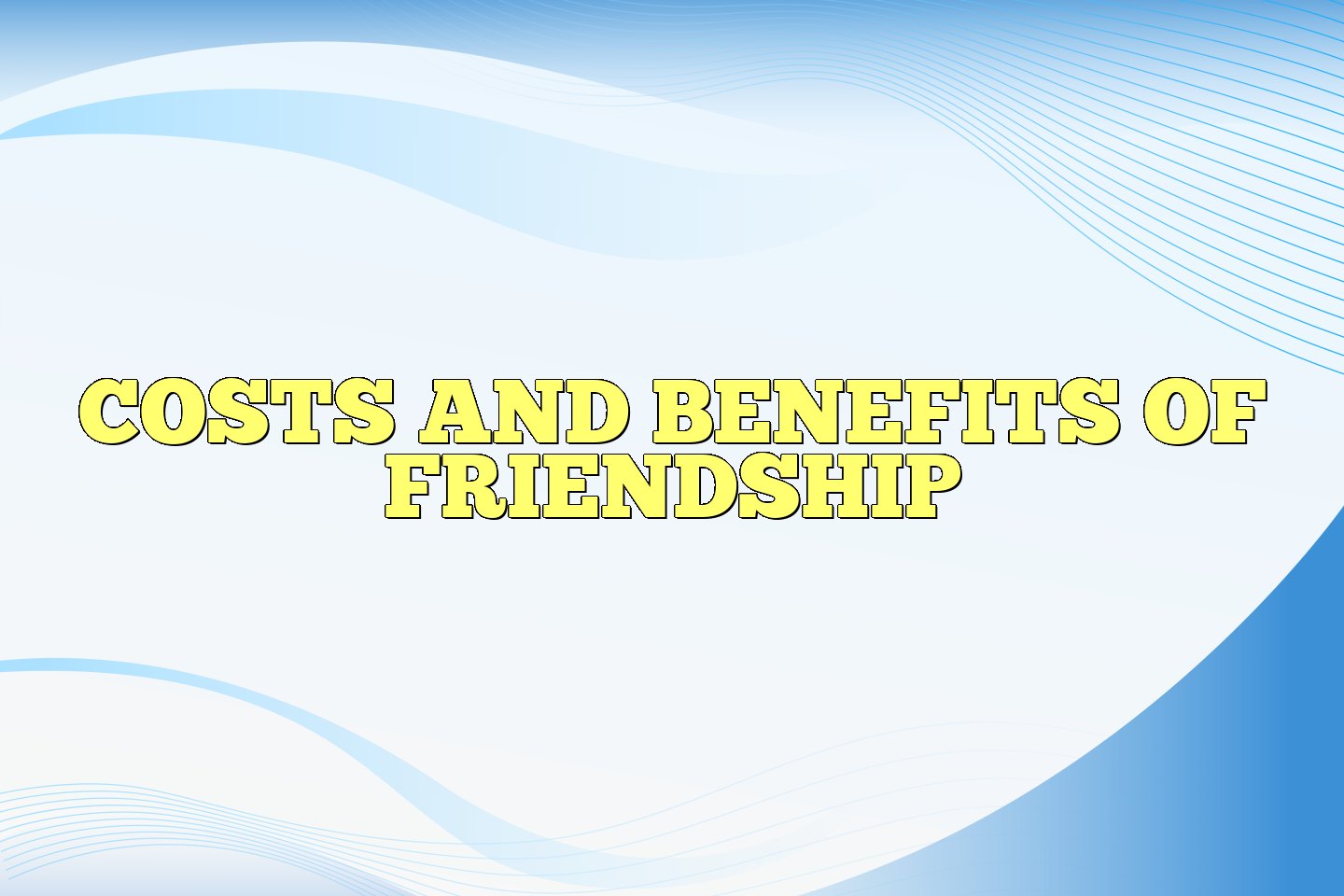 Friends do not share copies of our genes, nor do we generally reproduce with our friends. Around the world, however, people form friendships that last for days, years, and even a lifetime. One of the complexities of friendship is that some characteristics of friendship are perceived as both beneficial and costly. The friendship literature, for example, is inconsistent on the role of sexuality in opposite-sex friendship. More than half of men and some women report sexual attraction to their friends (Kaplan & Keys, 1997), and both sexes experience ambiguity about the sexual boundaries in their opposite-sex friendships (Swain 1992). The Cost and Benefit of Friendship Scale identifies the range of benefits and costs that men and women perceive as important in their same-sex and opposite-sex friendships.

A 116 item scale which aims to assess the costs and benefits of friendship.

Costs and Benefits of Friendship Instrument

Costs/Benefits of Friendships (7 point scale, Not at all to Somewhat to Very)

How How Beneficial? Costly?