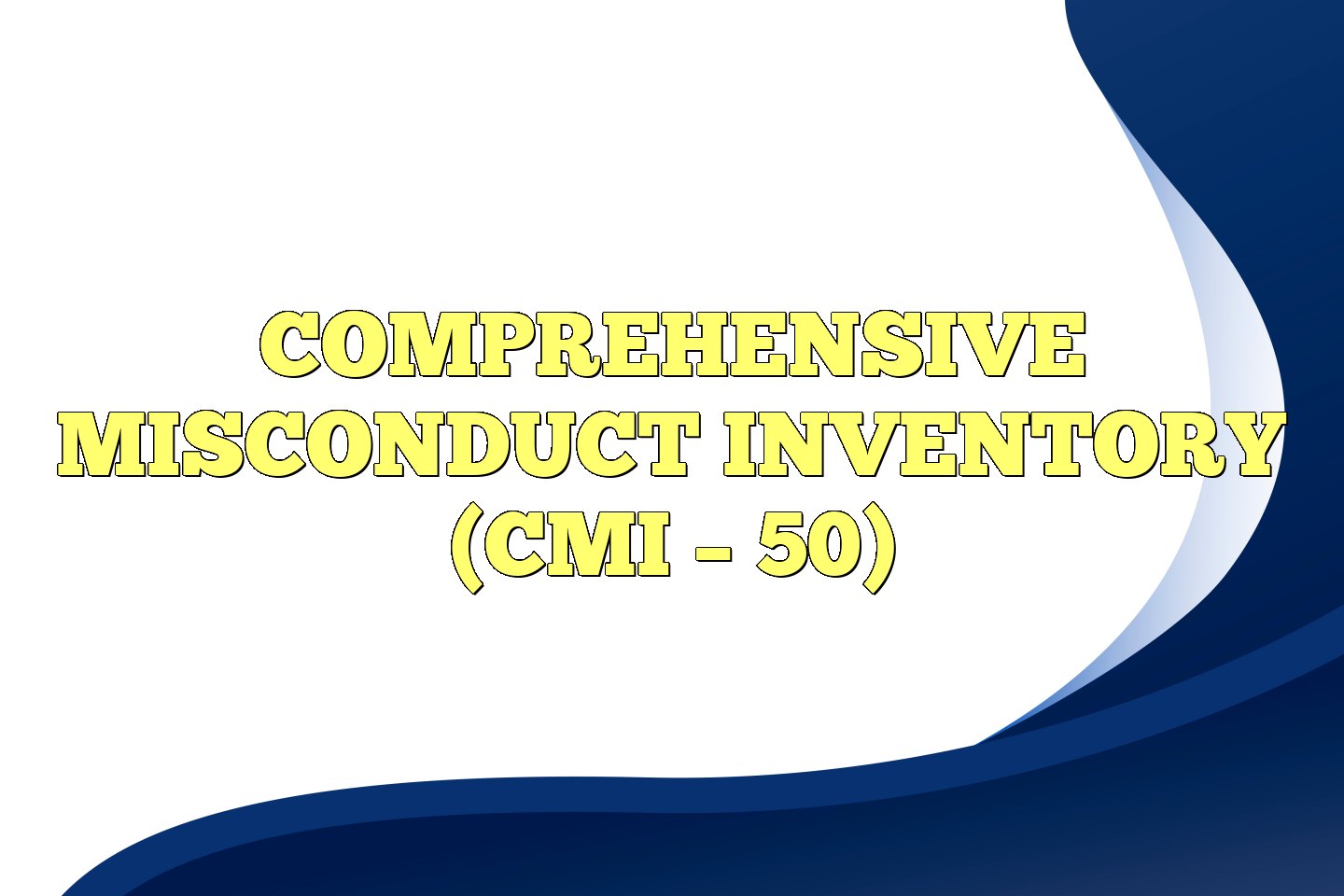 The association between psychopathy and self-reported misconduct has been established in offender samples and non-offender samples. Psychopathy, as measured by the SRP-II, is the best predictor of all forms of misconduct included in the CMI. The 50-item Comprehensive Misconduct Inventory (CMI-50) instrument covers a wide variety of misbehaviors from mild to extreme.  Factoring yields five clusters: Criminal Behavior, Driving Misconduct, Bullying, Drug & Alcohol abuse and Anti-Authority Aggression.

Although everyone misbehaves as a teenager, we all do it in different ways. Write a number in each space provided.  Your answers will not be stored with your name, so please be totally honest.

During your high school years, how many times did you:

These days, in AVERAGE MONTH month, how often do you do the following:

Six subscale scores can be obtained by calculating the mean of the following items.

(Note that all items must be standardized prior to summing):