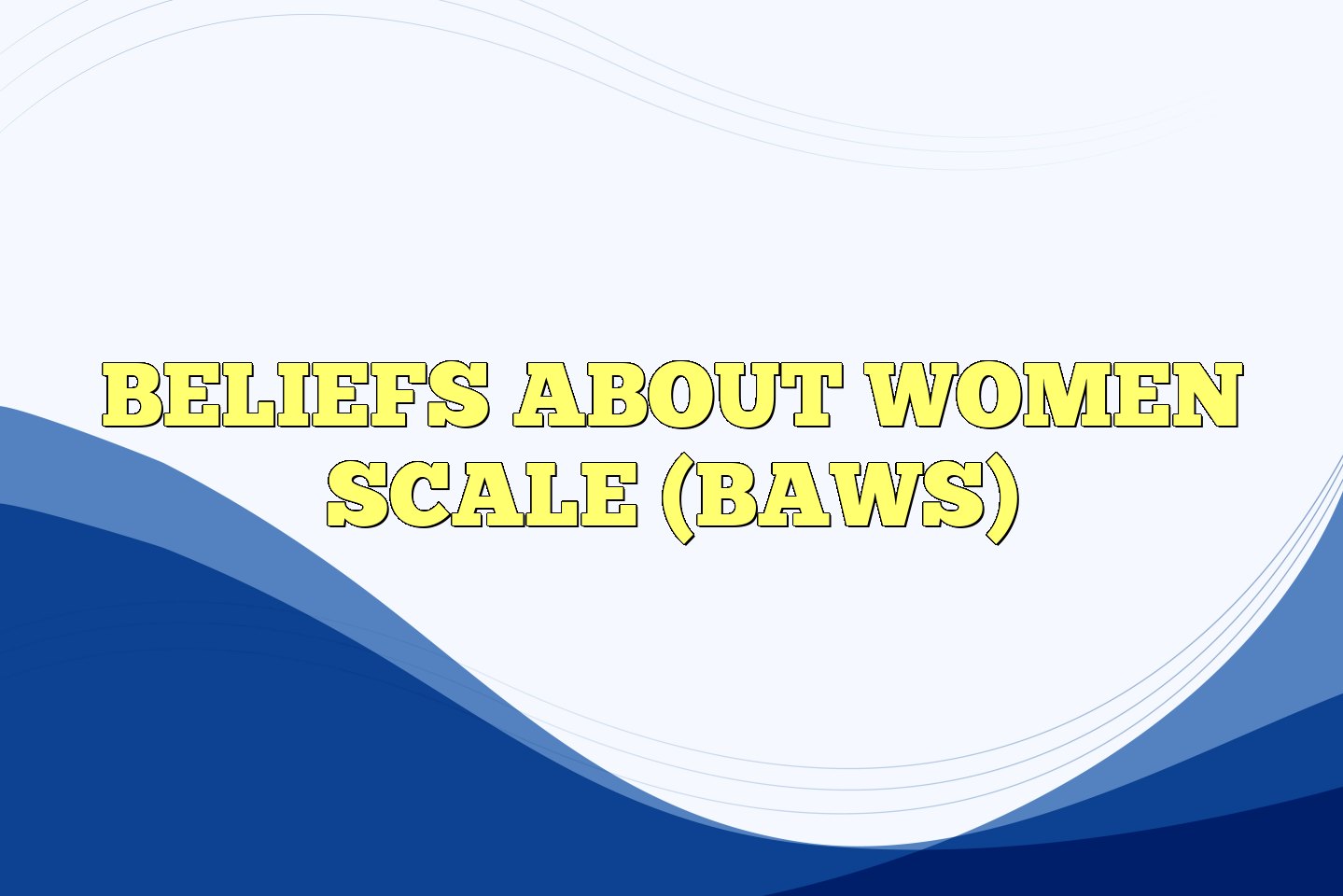 In the last couple of decades, researchers have become increasingly interested in examining the many facets of gender stereotypes. One particular area on which attention has been focused concerns “stereotypic” beliefs about women. The 16-item self-report Beliefs About Women Scale BAWS is used in the investigation of women’s and men’s personal functioning, cognitive activity, and interpersonal relationships.

An assessment of attitudes and beliefs towards women.

INSTRUCTIONS: The statements listed below describe attitudes toward men and women which different people have. There are no right or wrong answers, only opinions. Indicate how much you agree or disagree with each statement, using the following scale:

The items for each of these subscales are listed below:

The items are scored so that: Strongly Agree = +2 Slightly Agree = +1 Neither agree nor disagree = 0 Slightly Disagree = -1 Strongly Disagree = -2. After several items are reverse coded (items 16, 31, 61, 32, 18, 49, 50, 21, 36, 37, 52, 23, 54, and 26), the relevant items on each subscale are then averaged, so that higher positive (negative) scores correspond to greater agreement (disagreement) with the relevant stereotype about women measured by each BAWS subscale. ITEMS 37, 52, AND 59 ARE CURRENTLY TREATED AS FILLER ITEMS AND ARE NOT ENTERED INTO THE COMPUTATION OF SCALE SCORES.