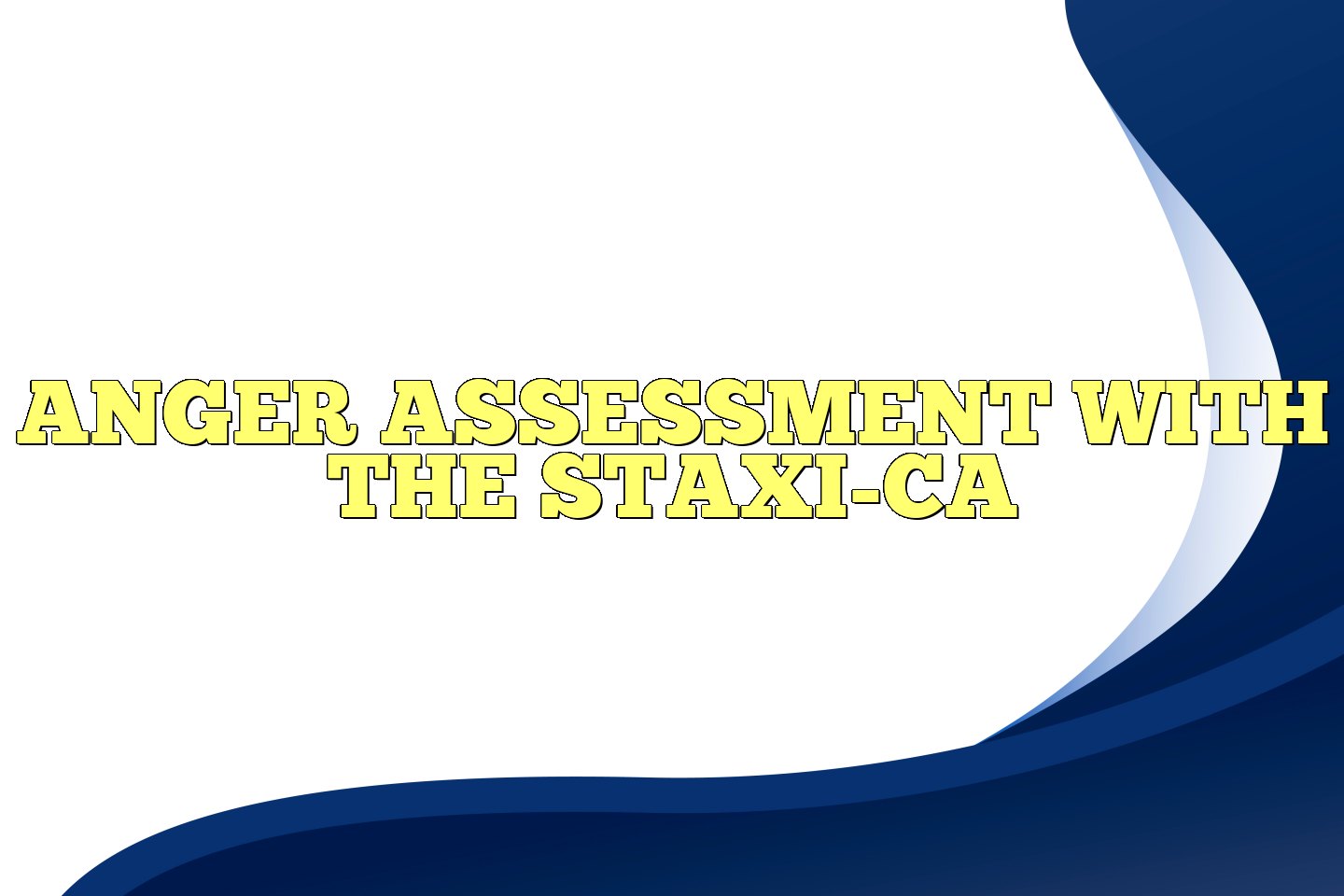 According to the Anger-Hostility-Aggression model (AHA), anger is a basic emotion identified in a primary stage of hostility and aggression development (Spielberger, Jacobs, Russell, & Crane, 1983). The same emotions have been observed for children, although their emotional states tend to be more frequent, intense and diverse, given their lower cognitive maturation. Since childrens behaviour, especially before the age of 7, essentially regulate their emotions (del Barrio, 2002) it is specially important to understand emotions in these age levels. Considering the seriousness of some violent actions performed by children in different cultures, child aggression has become a relevant problem to solve (Tremblay, 2000).

Anger is an internal state that regulates a sort of interaction with the environment. It may be a transitory and reactive form related with the present situation, Anger-State, or a disposition that develops into frequent and intense emotion, or Anger-Trait. This distinction has been the subject of many years’ research, initially by Cattell (1965), and subsequently being developed by Spielberger (1980). Emotional behaviours in children have been classified as both internalised and externalised, where Anger may have both connotations (Achenbach & Edelbrock, 1978; Peterson, 1961). At a higher intensity, Anger may cause maladjustment or behaviour disorders. Anger may also be tuned both internally or externally (Averill, 1982). Although the verbal manifestation of Anger appears around the age of three, it is only from 7 years old onwards that it can be assessed by self-reports, given that at this age children are able to properly discriminate this emotion if questions are formulated in short and plain sentences (del Barrio, 2002). The evaluation of anger through self-reported questionnaires provides data from a lot of subjects, allowing group comparison and the revalidation of data in regard to peer-ratings or other instruments that tap similar constructs.

The evaluation of Anger in adults with self-reported questionnaires began in the 1970s with the Anger Self Report (ASR; Zelin, Adler, & Myerson, 1972). Subsequently, Novaco (1975) constructed the Anger Inventory, and Spielberger elaborated the State-Trait Anger Scale (STAS, 1980). In this instrument, Anger is assessed through two distinct dimensions: Anger-State and Anger-Trait. Also, the Anger Expression Scale (AX; Spielberger et al., 1985), adds the assessment of different forms of Anger control. In the State-Trait Anger Expression Inventory, both Anger-State and Anger-Trait are gathered in one scale (STAXI; Spielberger, 1988), and afterwards, the STAXI-2 was increased by 9 items from the 47-item form of the STAXI (Spielberger, 1999). The Spanish form of the STAXI-2 has recently been published (Miguel-Tobal, Casado, Cano-Vindel, & Spielberger, 2001). This instrument entails 6 dimensions, 5 facets and 1 Anger index. In the STAXI-2, three of the five original STAXI scales remain the same: Trait Anger (T-Ang), Anger Expression-Out (AX-O), and Anger Expression-In (AX-I). The two T-Ang subscales, Angry Temperament (T-Ang/T) and Angry Reaction (T-Ang/R) are also unchanged.

The evaluation of Anger in children has been much less developed. The first attempt was the Paediatric Anger Expression Scale, with 10 items and 2 factors, externalised and internalised Anger (PAES; Jacobs & Blumer, 1985). Then, Jacobs, Phelps, and Rohrs (1989) added 5 items to PAES, plus the Coping Skills Inventory (CSI; Tobin, Holroyd, & Reynolds, 1984). There are four factors in this instrument: Anger-External, Anger-Control, Reflection on Anger, and Anger Removal. Considering the importance of child emotions and anger as an outstanding element in the prediction and control of childhood socialisation behaviours, the necessity of an Anger assessment instrument adapted for children and adolescents, from 7 to 17 years old, would appear to be fully justified.

The aim of this work was to elaborate a Spanish adaptation of the STAXI-2 for children and adolescents. The instrument was developed with the following considerations in mind: (a) to be understandable for both Spanish and Latin-American children over the age of 7; (b) to be easily completed; and (c) to have sound psychometric properties for both clinical and research applications with children and adolescents in Spanish and Latin-American contexts.

Anger assessment with the STAXI-CA