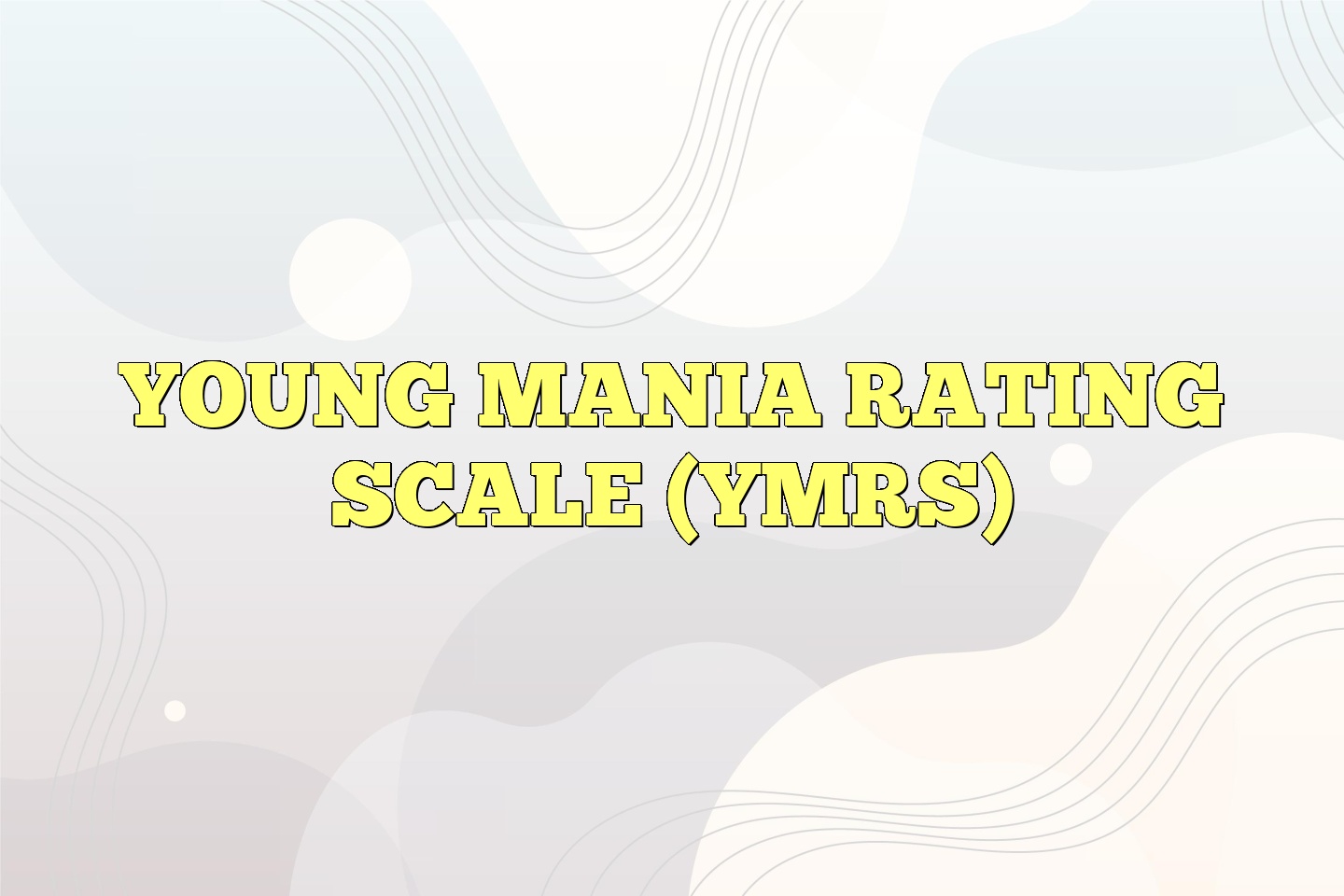 The Young Mania Rating Scale (YMRS) is a Clinician administered tool used to rate the severity of symptoms of mania (Young, Biggs, Ziegler & Meyer, 1978) across clinical and research settings. The YMRS was originally developed in 1978 and normed with psychiatric inpatients based on a semi structured interview and observations over an 8 hour period. Today the YMRS combines the clients self-report of symptoms of mania over the past 48 hours with the clinician observations during interview (Miller, Johnson & Eisner, 2009) and is now a commonly used tool to screen for manic symptoms and monitor the severity of manic symptoms (Lukasiewicz et al., 2013). Used to assess the severity of manic symptoms, this tool is often used to monitor the progress of interventions (Miller, Johnson & Eisner, 2009).

It is an 11 item scale assessing mood, motor activity/ energy levels, interest in sex, sleep, irritability, rate and frequency of speech, flight of ideas, grandiosity, aggressive behaviour, appearance, and insight into current presentation. It should be noted that the YMRS does not map onto the DSM 5 criteria for mania as it does not account for distractibility, increases in goal directed activity or excessive involvement in pleasurable activities that have a potential fir painful consequences (DSM-5). As such this tool is not a diagnostic assessment.

Each item is composed of 5 explicitly defined levels of severity.  Severity ratings for 7 items are scored on a scale of 0 -4. The remaining 4 items are double weighted to account for poor cooperation of client when unwell and are scored on a scale of 0 – 8. Item ratings are sum to produce a total score between 0 -60. A score <29 indicates that the person is experiencing “severe” mania (Wciorka et al., 2011).

Although weighting items increases the complexity of scoring and interpreting, it has not affected the psychometric properties of the scale. The YMRS is reported to have high interrater reliability for total scores (0.93) and individual item scores (0.66 -0.92) (Young et al., 1978). It also has been found to have good internal reliability, with Cronback alpha coefficients ranging from 0.8 – 0.91. The YMRS has demonstrated high convergent validity with other assessment measures of mania including the Bech-Rafaelsen Mania Rating Scale (Spearman’s Rho = 0.90). Furthermore, the YMRS statistically differentiates between clients; before and 2 weeks after treatment (Young et al., 1978); mania from symptoms of ADHD (Serrano, Ezpeleta, Alda, Matalí, & San, L., 2011). Finially, the YMRS has demonstrated validity across cultural populations including Korea (Seon-Cheol & Joonjo, 2016) and Poland (Wciorka et al., 2011).