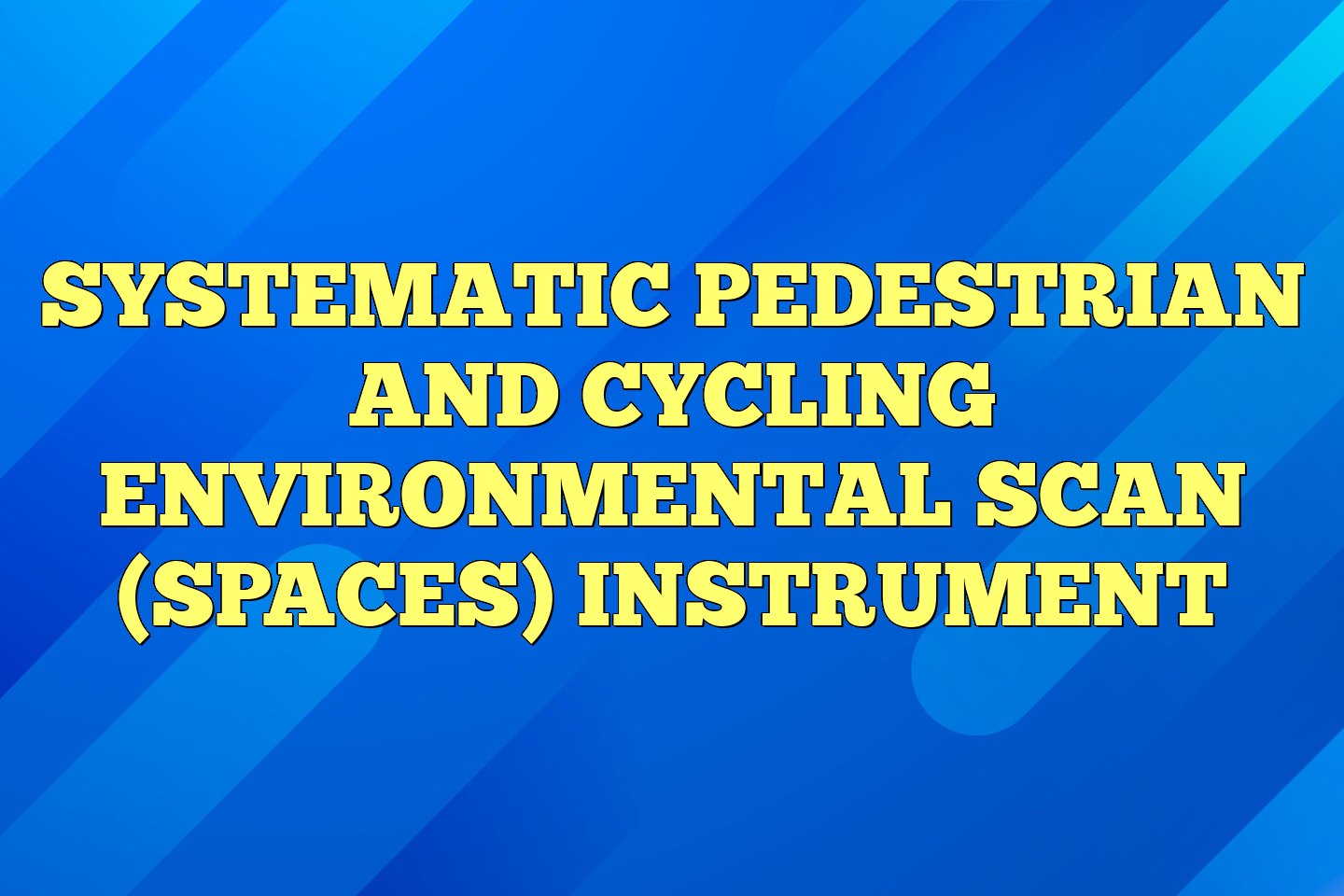 The Systematic Pedestrian and Cycling Environmental Scan (SPACES) Instrument is based on a study (Pikora et al., 2006) which collected information related to the physical environment in a 408-km2 area of metropolitan Perth. Hepburn Avenue, Lord Street Beechboro, Point Resolution and the coast form the borders for the area. Approximately 2,000 kilometres of road network were audited during February and March 2000 using SPACES. Some areas were audited twice to act as a quality control measure.

The SPACES instrument measures the physical environmental factors that influence walking and cycling in local neighborhoods. The instrument is used in combination with additional tools based on Geographical Information Systems (GIS).

The instrument is based on an audit form which is to be filled according to the manual attached.