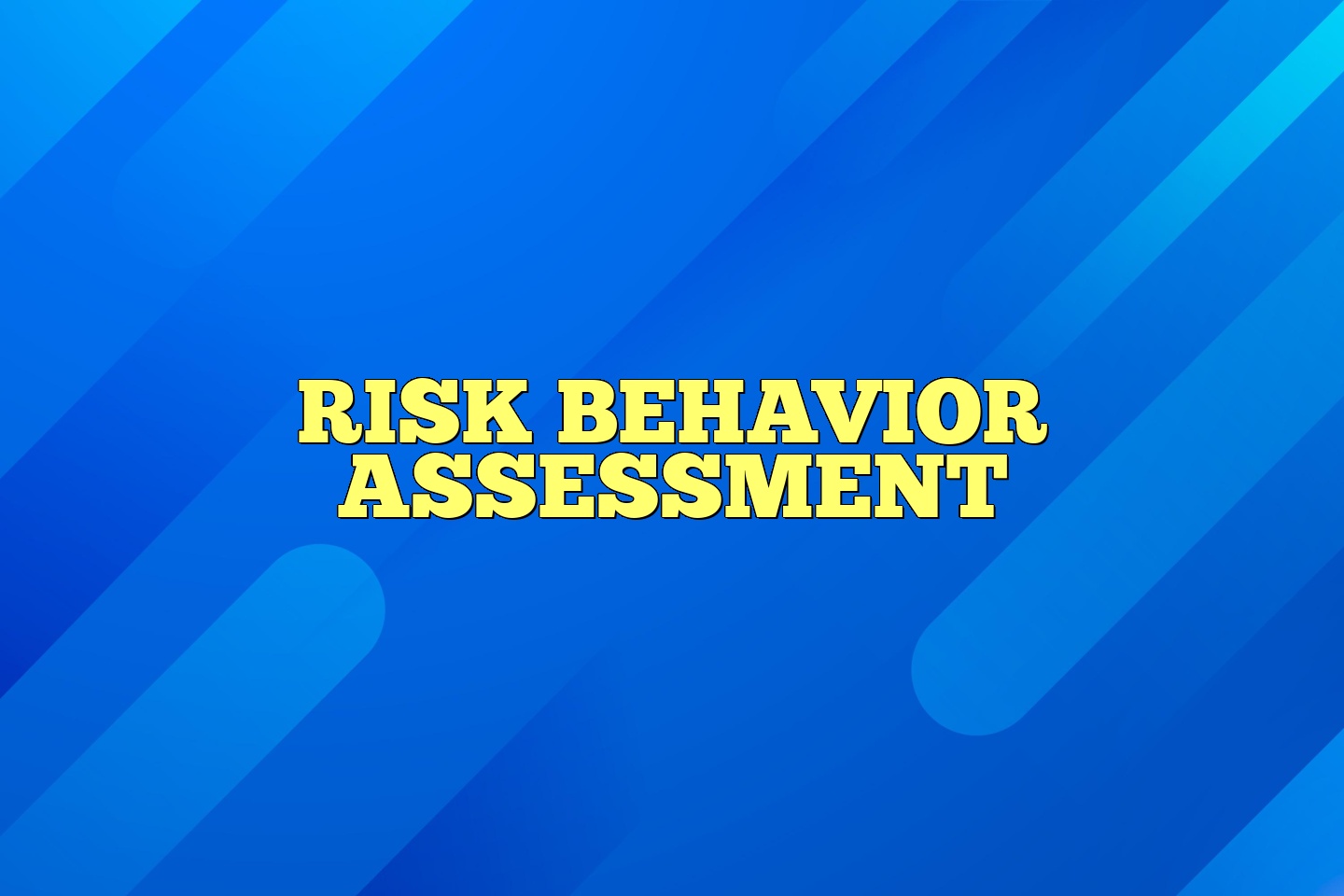 The Risk Behavior instrument was developed to document behaviors that put individuals at risk for infection with the Human Immunodeficiency Virus (HIV). A companion instrument, the Risk Behavior Follow-up Assessment (RBFA), is avail- able in 3-month and 6-month versions. The RBA-RBFA system was originally designed to measure intervention effects in the National Institute on Drug Abuse (NIDA) Cooperative Agreement for HIV/AIDS Community-Based Outreach/Intervention Research program (CA).

The RBAtakes from 18 to 60 minutes to administer depending upon the interviewer’s skill and the interviewee’s responses. Most items are responded to as a single-, a double-, a triple-, or a quadruple-digit answer. There are a few yes/no and categorical questions, and some questions, such as other race or country of origin, require word responses. All items have the capability of being coded Don’t Know/ Unsure or Refused. Skip patterns are included in most sections to expedite completion of the interview.

As all items are self-report of behavior, no scoring is required. A data entry package, NOVA-DE, is available, which produces a raw ASCII file. This file is readable by either SAS or SPSS code, includes labels and formats, and can be saved as either a permanent SAS dataset or an SPSS SAV file.

Annotated versions of all Cooperative Agreement instruments are in the public domain and are available as .pdf files from the Inter-University Consortium for Political and Social Research, Substance Abuse Mental Health Data Archive at the University of Michigan, http://www.icpsr. umich.edu/SAMHDA/survey-inst/CAA_1.pdf.

Q27. How many of your sex partners were likely to have been drug injectors or shooters?

Q28. How many of your sex partners were female?

Q29. How many of your sex partners were male?

Q30. How many times in the last 30 days when you had sex did you put your penis in your partner’s vagina?

Q31. How many times in the last 30 days when you had sex did you put your penis in your partner’s mouth?

Q32. How many times in the last 30 days when you had sex did you put your mouth on your partner’s vagina?

Q32a. How many of those   (NUMBER FROM Q32) times did your partner use latex or other barrier protection?

Q33. How many times in the last 30 days when you had sex did you put your penis in your partner’s anus?

Q58. In the last 30 days, how many times have you used the following drugs immediately before or during sex?