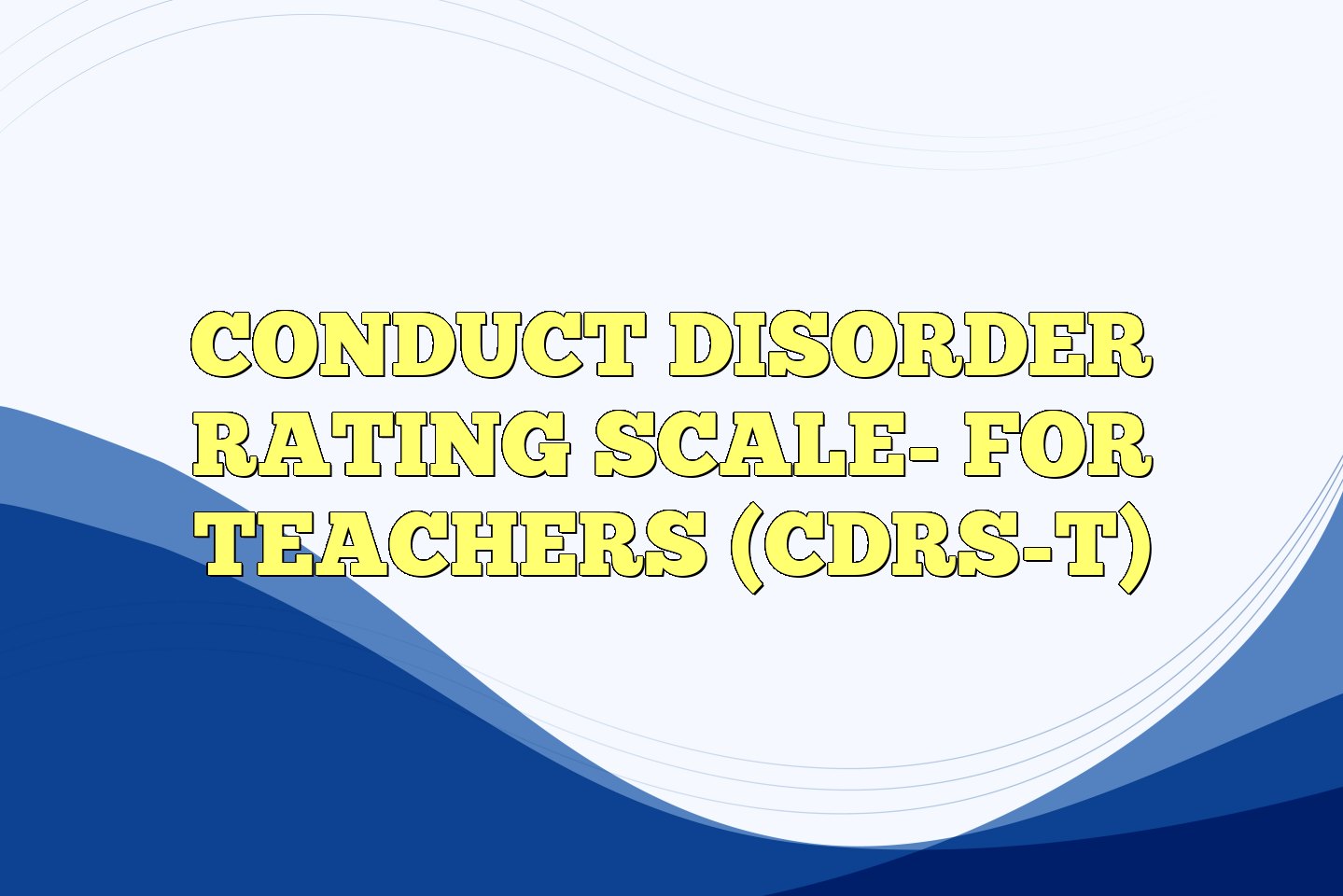 It is considered a public health priority to effectively manage the troublesome behaviour of disorderly adolescents and children. Conduct disorder (CD) is estimated to affect up to 5% of children between the ages of four and sixteen and is often linked to drug abuse, violence, and sexual victimization. Therefore it is important to have reliable and consistent measures of CD. However, many existing scales measure CD is ways which are not wholly consistent with the criteria set out in the DSM-IV. To address this shortcoming Waschbusch & Elgar (2007) developed the Conduct Disorder Rating Scale- for teachers (CDRS-T).

The psychometric properties of the Conduct Disorder Rating Scale- for parents (CDRS-T) are discussed in Waschbusch & Elgar, (2007).

The purpose of the Conduct Disorder Rating Scale- For Teachers (CDRS-T) is to allow for measurement of conduct disorder (CD). The CDRS-T is a Likert-type scale with scores ranging from 1-4 which measures CD in line with current conceptualizations as described in the DSM-IV. The twelve symptom used in the scale are taken directly form the DSM-IV definition of CD. Three symptoms which are present in the Conduct Disorder Rating Scale- for parents (CDRS-P) are omitted from the current scale because they do not occur in schools.

INSTRUCTIONS: Listed below are items that describe children's behaviour. Read each item carefully and check the box that best describes this child’s behavior for the past 12 months.