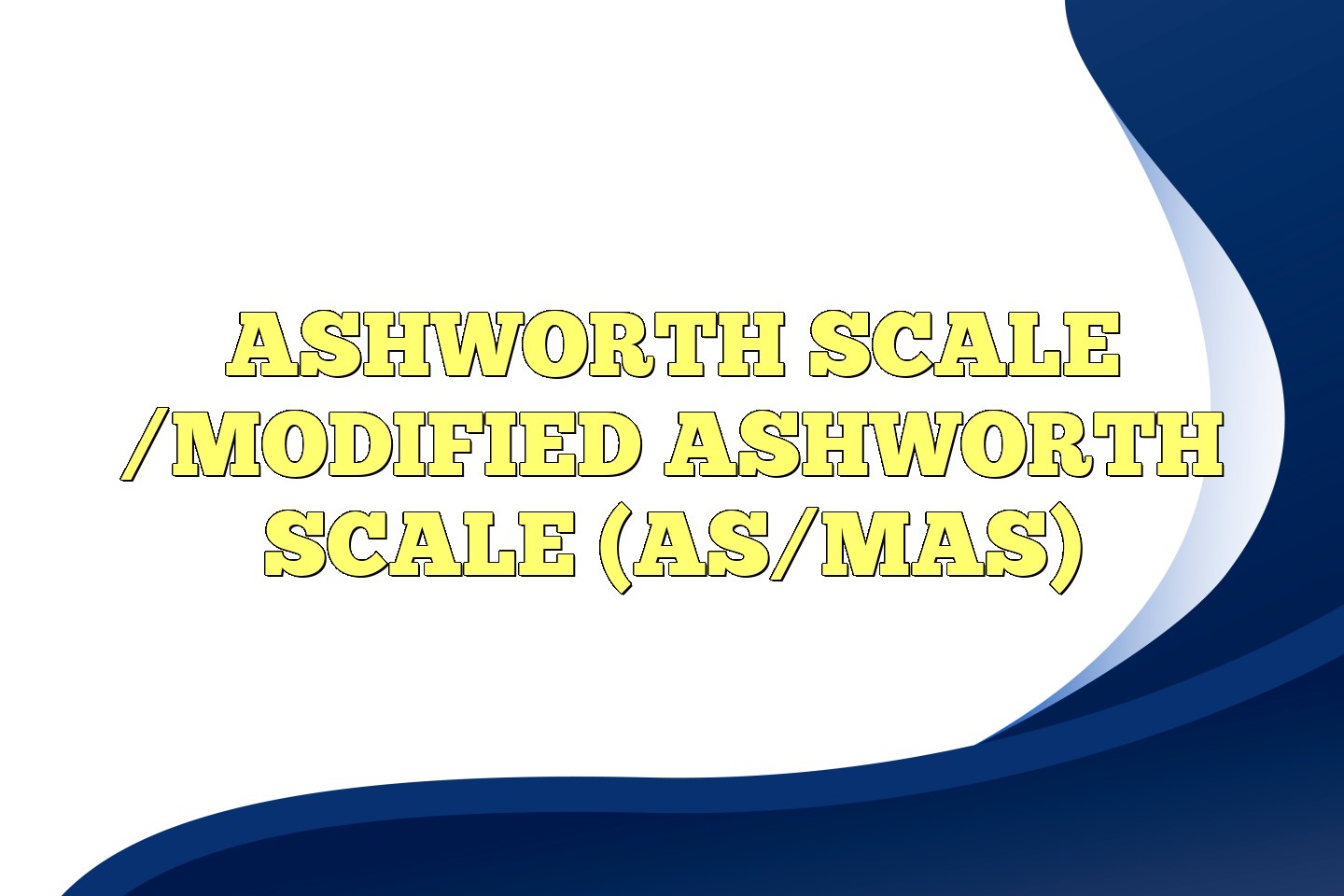 In the original Ashworth Scale, resistance to passive movement about a joint with varying degrees of velocity is measured on a scale of 0 (no resistance) to 4 (rigidity). In the modified Ashworth Scale, a 1+ scoring category is added to indicate resistance through less than half of the movement (Bohannon & Smith, 1987).

Brashear, A., Zafonte, R., et al. (2002). “Inter-and intrarater reliability of the Ashworth Scale and the Disability Assessment Scale in patients with upper-limb poststroke spasticity* 1.” Archives of physical medicine and rehabilitation 83(10): 1349-1354.

Haas, B., Bergström, E., et al. (1996). “The inter rater reliability of the original and of the modified Ashworth scale for the assessment of spasticity in patients with spinal cord injury.” Spinal Cord 34(9): 560-564.

1+        Slight increase in muscle tone, manifested by a catch, followed by minimal resistance throughout the remainder (less than half) of the ROM

The patient should be instructed to relax.