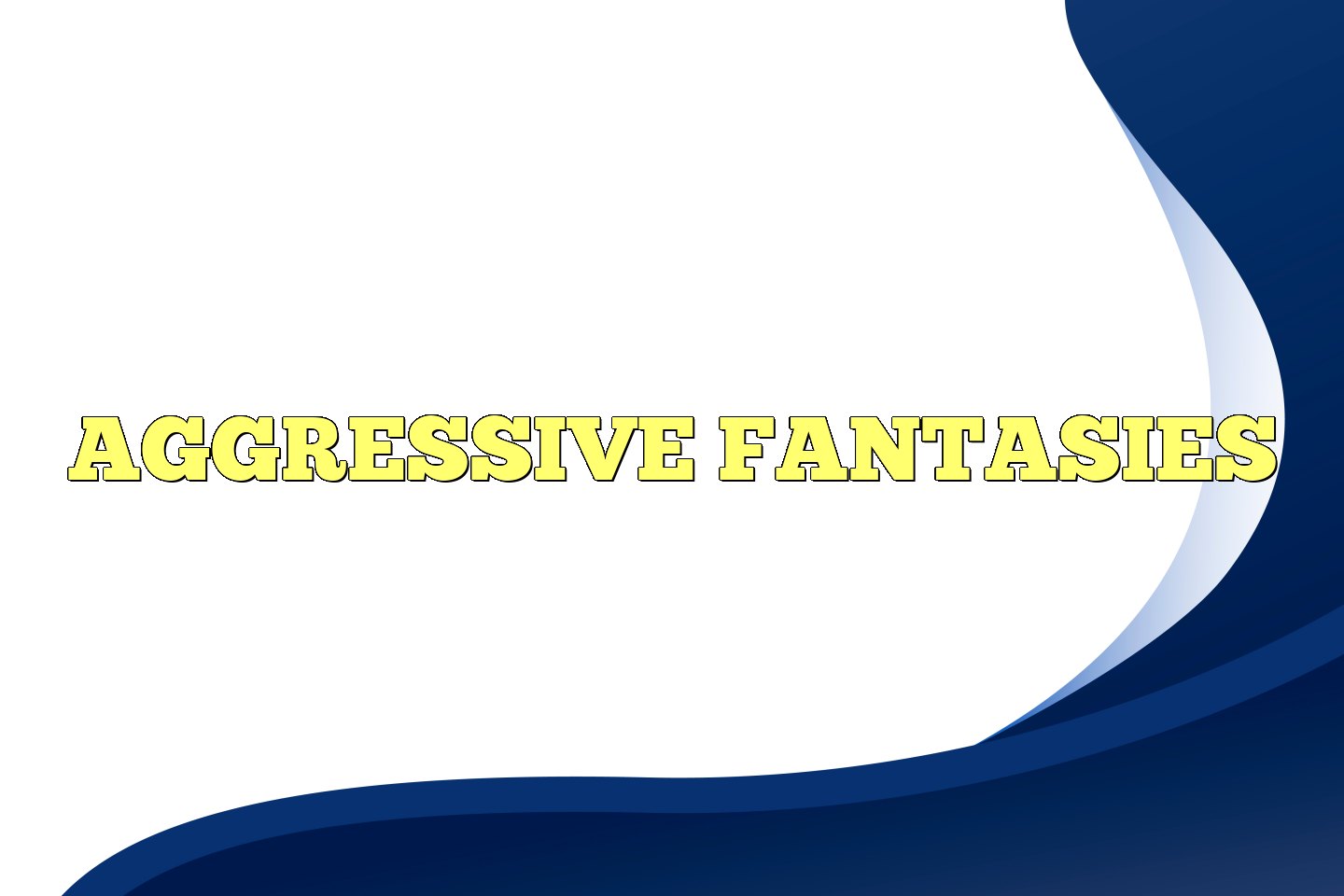 Background of the  Aggressive Fantasies:

aggressive fantasies are related to low agreeableness and high neuroticism makes sense, because low agreeableness is associated with anger, hostility, and antagonism to other people, and is associated with “dark” traits, such as psychopathy, as well as antisocial behaviour in general (Jones, Miller, & Lynam, 2011). Neuroticism, on the other hand, is associated with a host of psychological problems, such as ruminating on distressing events and negative feelings in general. Low agreeableness and high neuroticism were also associated with both forms of aggressive behaviour in the study, so it might be that people who are prone to anger, resentment, and hard feelings are more likely to dwell on fantasies about hurting those who may have wronged them (reactive aggression) or who they think would be suitable victims (proactive aggression), and such fantasies might enable them to mentally rehearse aggressive behaviour that they later act out. This scale measures levels of aggressive fantasy, validated against peer nominations of aggression. It was originally constructed for elementary school children, but modified for adolescents.

Items of the Aggressive Fantasies:

Psychometric properties of the Aggressive Fantasies:

(All items were either added or modified by Nadel‚ Spellmann‚ Alvarez-Canino‚ Lausell-Bryant & Landsberg‚ 1996)
This scale measures levels of aggressive fantasy‚ validated against peer nominations of aggression. It was originally constructed for elementary school children‚ but modified for adolescents.
This instrument can be found on page 69 of Measuring Violence-Related Attitudes‚ Behaviors‚ and Influences Among Youths: A Compendium of Assessment Tools‚ available online at:http://www.cdc.gov/violenceprevention/pdf/YV_Compendium.pdf .
http://files.eric.ed.gov/fulltext/ED486261.pdf
Middle school students‚ grades 6-8.
This scale is composed of three subscales. They are all scored using a 3-point scale:
No = 1
A little = 2
A lot = 3
Point values for all items are added‚ with totals ranging from 0 to 14. Ahigh score indicates a high level of aggressive fantasies. Alow score indicates a low level of aggressive fantasies.

References of the Aggressive Fantasies: