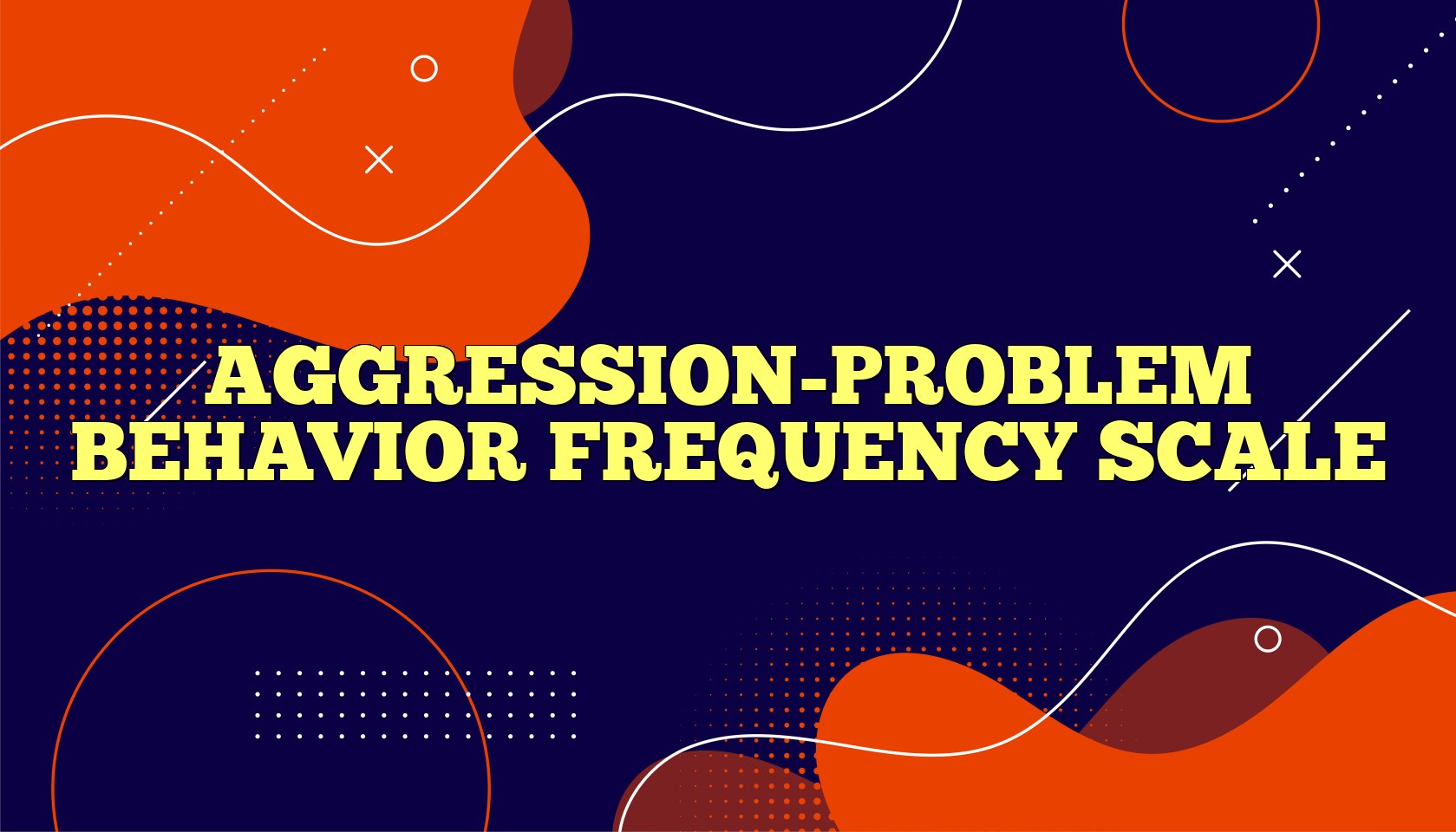 The Aggression-Problem Behavior Frequency Scale (A-PBFS) is an 18-item measure of the frequency of aggressive behaviours on three dimensions: physical, non-physical, and relational. Respondents are required to indicate on a 6-point scale (1=never, 6=20 or more times) how frequently they engaged in a range of aggressive behaviours in the last 30 days, for example, ‘shoved or push another kid’ (physical), ‘picked on someone’ (nonphysical), and ‘spread a false rumour about someone’ (relational). The reliabilities of the subscales have generally ranged between .70 and .87 in studies in the United States (e.g., Miller-Johnson et al., 2004). Similarly, a Bulgarian study reported Cronbach’s alphas ranging between .83 and .87 (Biliċ, 2013). However, there have been no reported studies on the structure of the A-PBFS.

1. Thrown something at someone to hurt them?
2. Been in a fight in which someone was hit?
3. Threatened to hurt a teacher?
4. Shoved or pushed another kid?
5. Threatened someone with a weapon (gun‚ knife‚ club‚ etc.)?
6. Hit or slapped another kid?
7. Threatened to hit or physically harm another kid?
Non-Physical Aggression
8. Insulted someone’s family?
9. Teased someone to make them angry?
10. Put someone down to their face?
11. Gave mean looks to another student?
12. Picked on someone?
13. Didn’t let another student be in your group anymore because you were mad at them?
14. Told another kid you wouldn’t like them unless they did what you wanted them to do?
15. Tried to keep others from liking another kid by saying mean things about him/her?
16. Spread a false rumor about someone?
17. Left another kid out on purpose when it was time to do an activity?
18. Said things about another student to make

Crick NR‚ Bigbee MA. Relational and overt forms of peer victimization: a multi-informant approach.Journal of Consulting and Clinical Psychology1998;66:337-347.