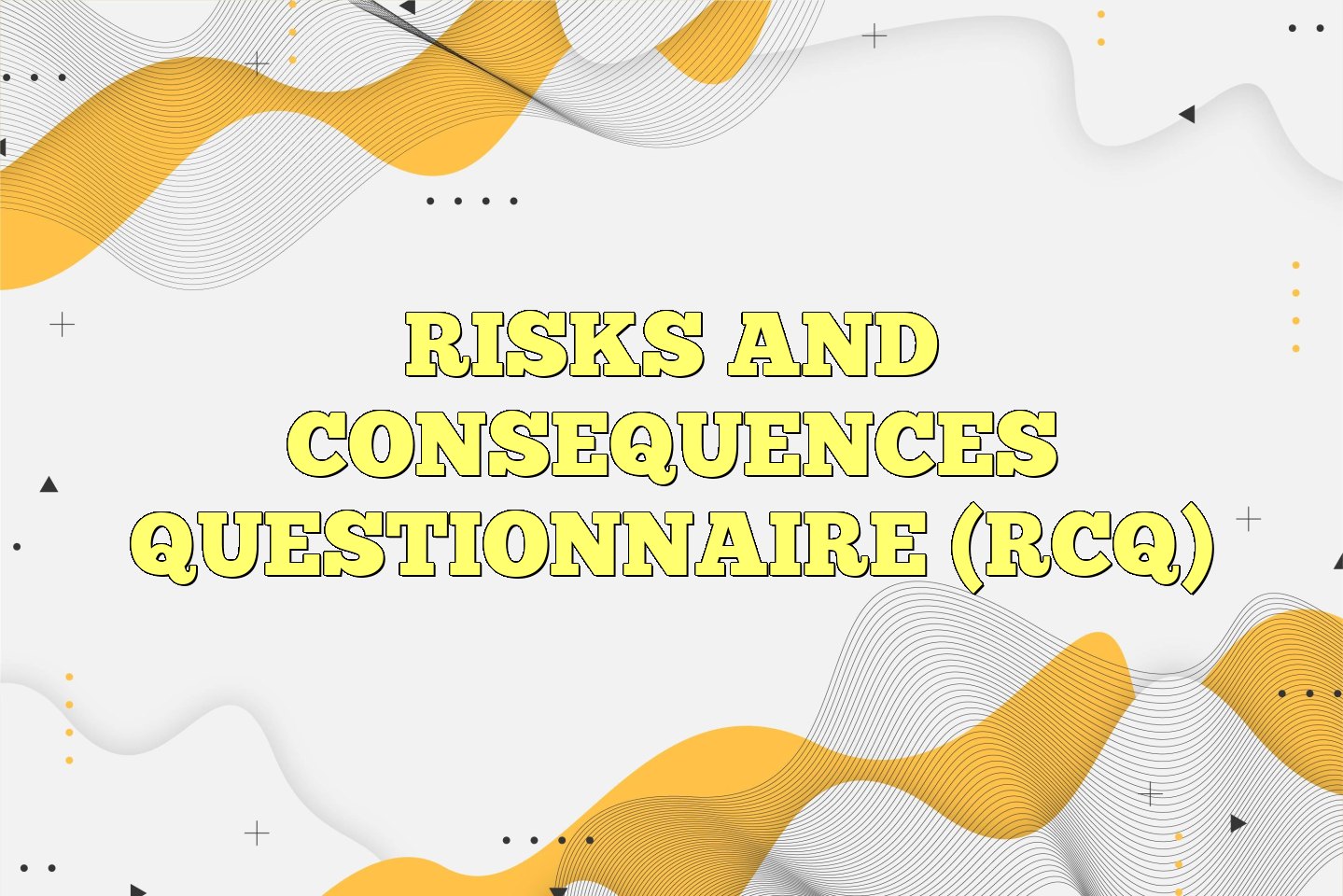 The Risks and Consequences Questionnaire (RCQ is an index of problems that can be consequent of alcohol and marijuana use in adolescent delinquents. The RCQ has been validated with a racially and ethnically diverse sample of youths (Stein et al., 2010). The RCQ may complement structured interviews for collecting information about the psychological repercussions associated with alcohol and marijuana use. This measure may help researchers and clinicians in making substance abuse diagnoses for incarcerated juvenile delinquents, and may well be used also as an intervention outcome measure

Psychometric characteristics of the RCQ are reported in Stein et al. (2010).

The Risks and Consequences Questionnaire (RCQ) was designed to measure the frequency of risky behaviour including sexual behavior, driving, injuries, fighting, school/work problems, family/peer issues, being a victim of crime, and suicide, in incarcerated youths. Adolescents are asked the number of times each occurred, number of things each occurred in situations involving alcohol, marijuana or another drug.

In the last 12 months before this most recent incarceration, have you been involved in any of the following?  INTERVIEWER:  “Number of times alcohol or drugs were involved,” means teen was on alcohol or drugs at the time or was doing the activity in order to get alcohol or drugs to take.  In addition, it can refer to missing certain activities (e.g., school), because of aftereffects such as being ill.

many times, have you ridden with a driver who had been: