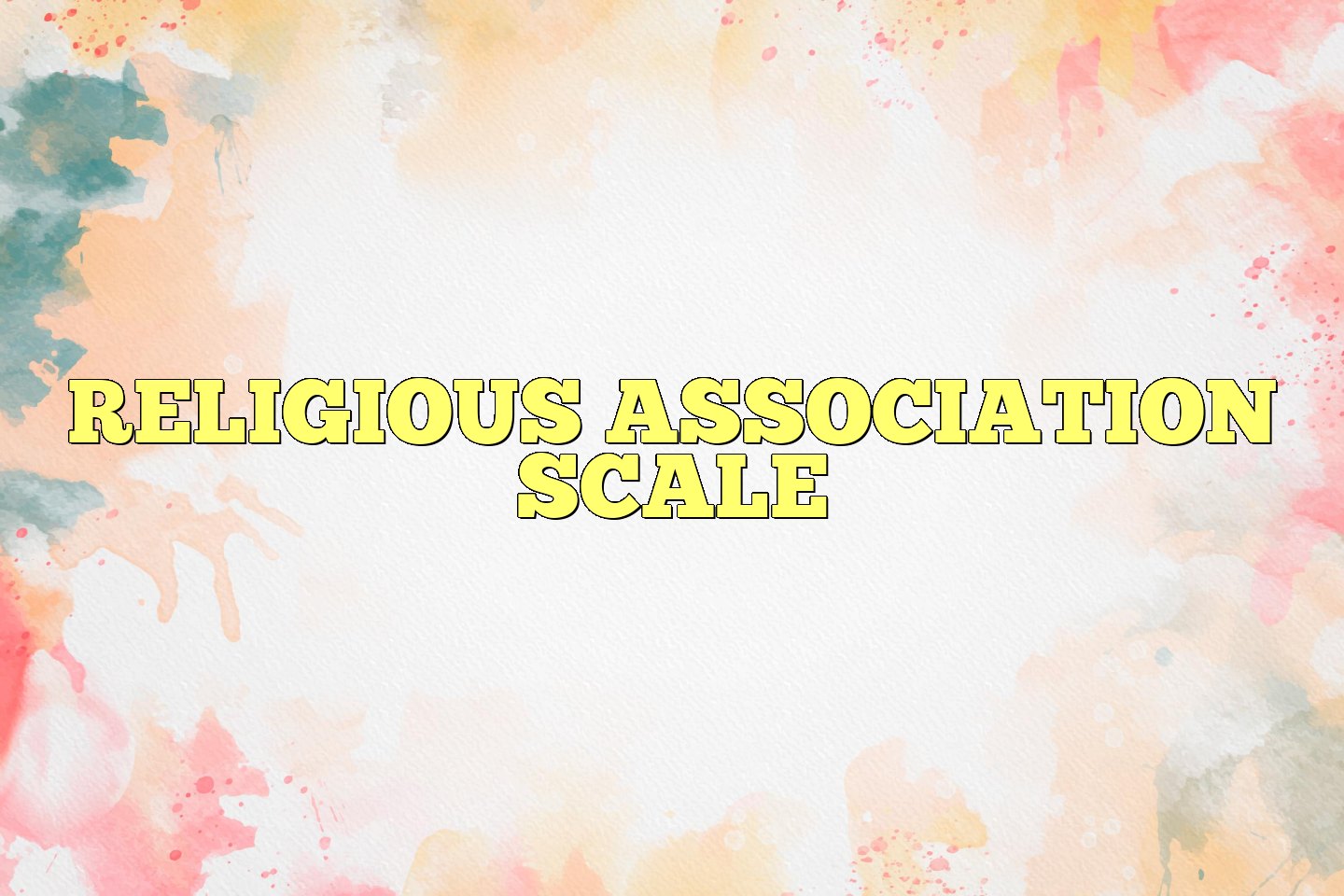 The Religious Association Scale (RAS) measures religiosity as an "ability" rather than a personality predisposition. The stress is on performance: what a person does rather than who he or she is.

The final version of this mea­ sure of individual religiosity is based on as­ sociations to 25 consonant-vowel-consonant (eVe) letter combinations or trigrams. Re­spondents are explicitly requested to give a religious word association to each of the eves and then to use that word in a sen­tence. Even when participants are unable to offer a religious association, they are in­ structed to provide any association that they can make. Associations were initially scored as 1 = nonreligious; 2 = religious; 3 = clearly religious. This procedure was later modified to assign a score of 1 for religious content and a score of 0 if such was not pre­ sent. A total religiosity score is thus com­puted.

Scoring requires only minor training, and this paper-and-pen­cil test is easily administered in group set­ tings. It is recommended that this instru­ment be administered to participants prior to any other measures concerned with religion in order to obtain responses untainted by order effects.

Embree (1970) initially scaled 280 eves for religious asso­ciation value (RAV) and then selected 80 that elicited RAVs in more than 50% of the responses. The final short form version con­sisted of 25 trigrams with RAVs ranging from 50 to 64 percent in RAV. This was done to maximize response variance. The RAS was developed on undergraduate stu­ dents and has not been employed with non­ college populations. A total of 270 under­ graduates served in the various development and validation studies.

Internal consistency reliability coefficients range from .90 to 97; .96 and .97 are reported for the 80-item ver­sion, and .90 and .92 for the 25 item short form. Interscorer reliability yielded a coef­ficient of .93. Odd-even internal consis­tency for the associations for the 80-item scale was .97. Apparently the RAS can be objectively scored in a highly reliable manner.

A principal components analysis with varimax rotation of the RAS score with four other religious measures and an index of scholastic ability showed it loaded .38 and .58 on the two factors that resulted. On one of these factors, ability loaded very highly. Hence, there is the suggestion that intellectual capacity may influence the RAS. Correlationally, the 80-item RAS as­ sociates positively and significantly with a number of objective scales of religiosity. These coefficients tend to be low to moder­ate in strength, implying that the RAS might be assessing an aspect of religiosity that is not found in most traditional mea­ sures of this phenomenon. The 25-item short form is independent of academic (in­tellectual) ability but correlates positively and significantly with a variety of scales of religious conservatism plus intrinsic reli­gious motivation. Except for the latter, RAS scores are independent of the sub­ scales in the Omnibus Personality Inven­tory, as well as the Edwards Social Desir­ ability Scale.

That this instrument assesses some aspect of religious commitment is evident, but fur­ther work to more precisely define what is being measured is necessary. Unfortunately, little subsequent work has employed this scale.

Study the examples below, then turn the sheet over and begin.

RAB Rabbi A Rabbi is a religious leader in the Jewish faith.

(Below are given the full 80 nonsense syllables for the long form, along with their Religious Association Values. The final 25 in the short form are denoted by an (*).

The RAVs assume a decimal. The CVCs are in random order as they appear on the scales. The values are for males and females combined.

Embree, R. A. (1970). The religious association scale as an "abilities" measure of the religious fac­ tor in personality. Journal for the Scientific Study of Religion, 9, 299-302