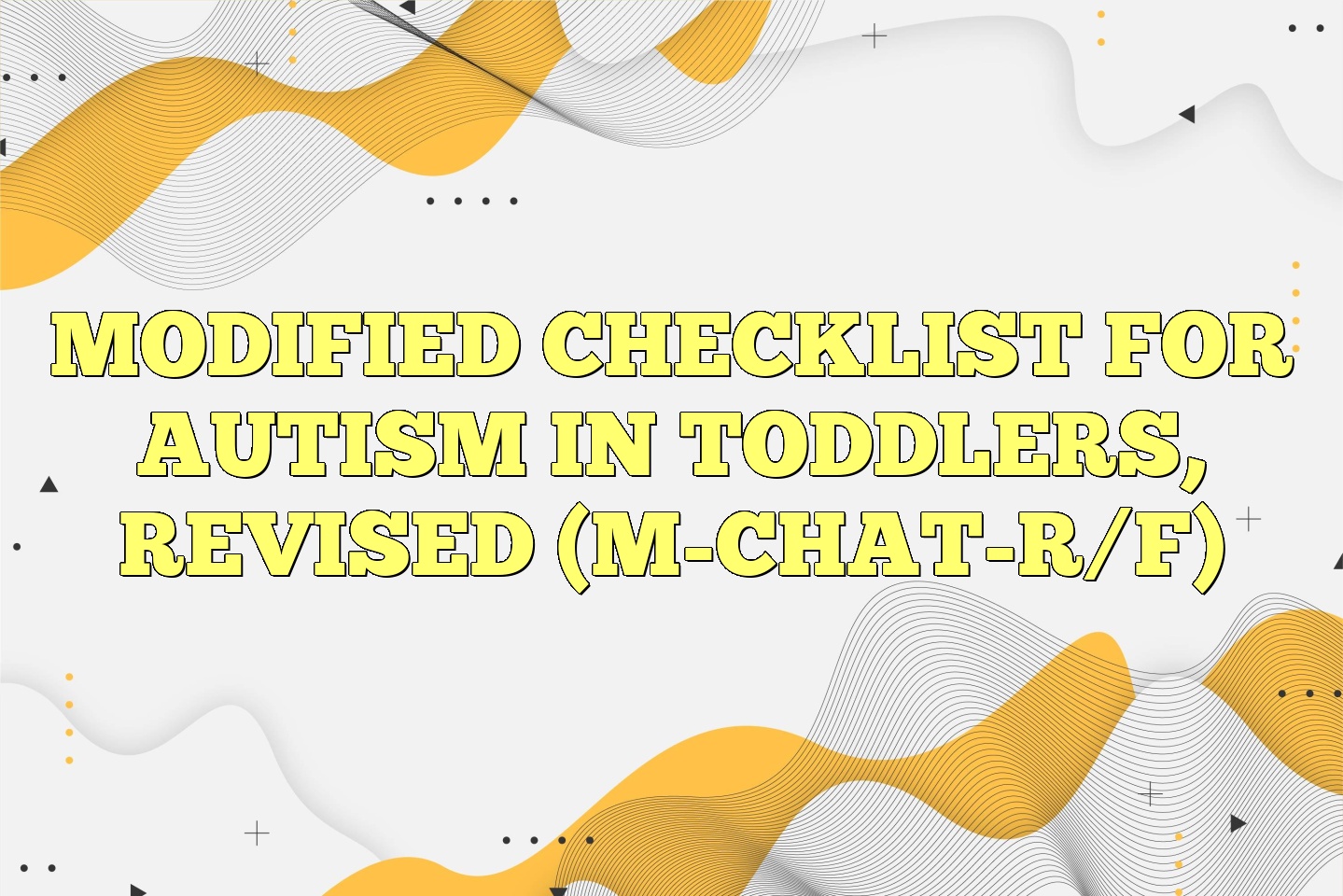 The Modified Checklist for Autism in Toddlers, Revised, with Follow up (M-CHAT-R) is a free two-step tool designed to screen children between the ages of 16 and 30 months for their risk of developing Autism Spectrum Disorder (ASD). The main goal of the M-CHAT-R is to detect as many cases of ASD as possible. It was first developed in America by Dr. Diana Robins. This revised edition of the M-CHAT contains examples for the items, rephrasing of some items and dropping some items (Robins, Fein & Barton, 2009).

The Questionnaire contains 20 questions that require the parent to respond with a yes or no answer. The child’s risk of ASD is classified as high, medium or low. A score in the high range indicates the child should have an assessment for ASD. A score in the medium range means the follow up interview should be administered. The follow up interview requires the parents to answer the items that were initially failed, following a flowchart approach, until the item has been passed or failed. If the child fails 2 items or more it indicates that they are at high risk (Robins, Fein & Barton, 2009).

Example items from the questionnaire include:

Does your child get upset by everyday noises? (FOR EXAMPLE, does your child scream or cry to noise such as a vacuum cleaner or loud music?)

If you turn your head to look at something, does your child look around to see what you are looking at?

To determine reliability and validity of the M-CHAT-R/F 16, 071 toddlers between the ages of 18 and 24 months were screened for ASD. The authors used receiver operating characteristic curves. Children who were at medium to high risk group initially and high risk at follow up had a 47% risk of being diagnosed with ASD (95% CI: 0.41-0.54) and 94.6% risk of any developmental delay (95% CI: 0.92-0.98). The authors concluded that the M-CHAT-R detects ASD at a higher rate than the previous version and is therefore a reliable and valid too. Children were diagnosed 2 years younger than the median age of diagnosis (Robins, Casagrande, Barton et al., 2013). The internal consistency for the M-CHAT-R/F was also adequate (Cronbach’s a= 0.79) (Robins et al., 2014).

Use of the tool

The M-CHAT-R is available online from the M-CHAT website http://mchatscreen.com/mchat-rf/. The M-CHAT-R is recommended for both clinical and research use, as well as for educational purposes. Permission is not required to use the tool, unless it is used for reasons not stated previously. In this case permission must be granted by Diana Robins (Robins, Fein & Barton, 2009). There are also guidelines that must be followed when using the tool (see Robins, Fein & Barton, 2009).