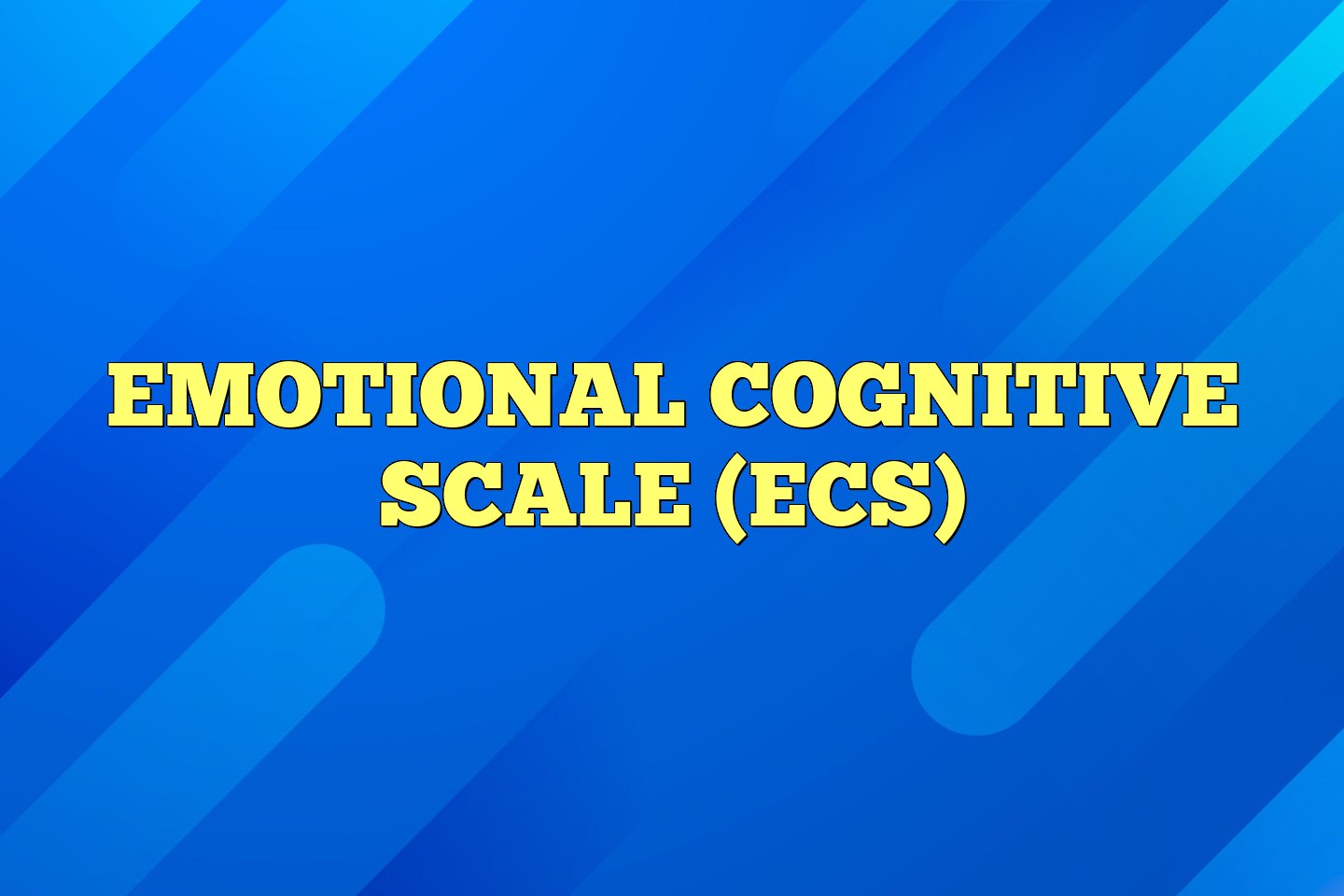 Piagetian and neo-Piagetian developmental psychologists believe that childhood is marked by a series of punctuated cognitive developments. This view requires that children of increasingly older age should be ever more capable of managing cognitively demanding tasks. Furthermore, this view requires that some degree of consistency exists in terms of the age at which specific cognitive abilities are developed. The Emotional Cognitive Scale (ECS) was developed to measure childrens grasp of their own emotions by asking them how they think they would feel in a number of given situations. Importantly, the scale allows for five different simultaneous emotional responses, each of which can vary in emotion and valance. In accord with Piagetian principles, the (ECS) has been shown to facilitate responses of increasing nuance as children develop and attain greater understanding of their emotions.

The psychometric properties of the Emotional Cognitive Scale (ECS) are discussed in Wintre & Vallance (1993).

The Emotional Cognitive Scale (ECS) was developed to measure the intensity and valency of five different emotions over 15 different scenarios in children of a young age. The scale itself is a 5-point inventory in the form of a concrete, visual apparatus; this is in order to limit the cognitive and verbal load on the children.

Basically there are15 statements for children to rate how they would feel in response to the statement and using the apparatus.

Note children may use multiple emotions, vary the intensity of the emotions, and use opposite valence emotions – but no prompting from the interviewer. However the primary emotion for which the statement was developed is indicated. Note too that the research should then ask the child why they would feel that way ( Piagetian style interview). These response should be noted for relevance.

Each emotion is essentially rated on a 5 point Likert-scale from 0 to 4.

A practice sentence was also included that targeted the emotion happy:

“You win a prize you really wanted.”