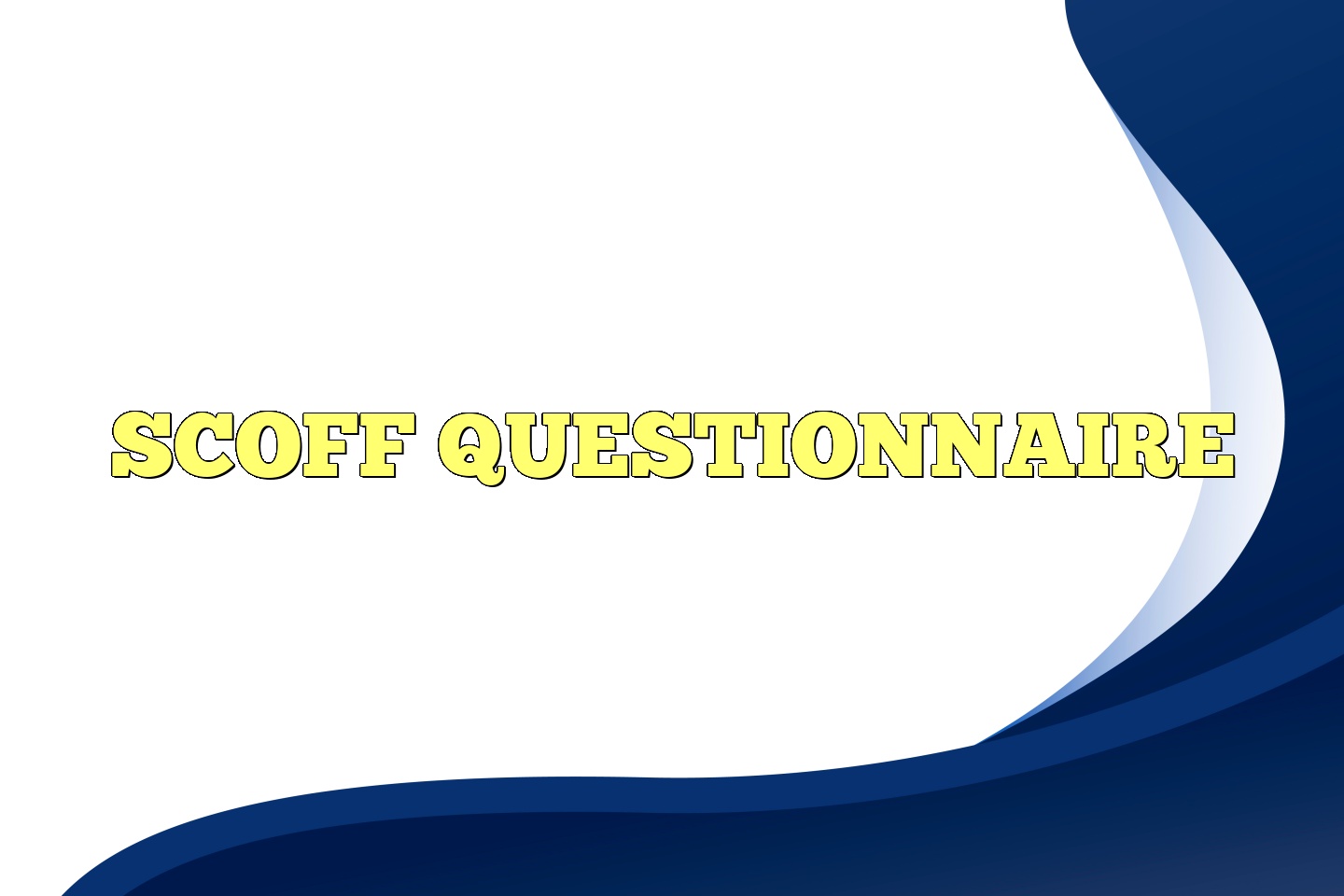 Background: The SCOFF questionnaire (Morgan, Reid and Lacey, 1999) is a five item measure, developed to serve as a simple, easy to remember screening tool for eating disorders.  The instrument was designed for use by professionals and non-professionals alike and can be used in primary health care settings. The SCOFF items were developed via focus groups with eating disordered patients and specialists in the field (Morgan et al, 1999).  Questions can be administered orally or in written format (Perry et al, 2002).

Population: Screening tool that can be used in general population to identify people who may be at risk or have an eating disorder.

Measurement: The SCOFF Questionnaire is a five-question screening tool designed to clarify suspicion that an eating disorder might exist rather than to make a diagnosis. The questions can be delivered either verbally or in written form.

S – Do you make yourself Sick because you feel uncomfortably full?

C – Do you worry you have lost Control over how much you eat?

O – Have you recently lost more than One stone (6.35 kg) in a three-month period?

F – Do you believe yourself to be Fat when others say you are too thin?

F – Would you say Food dominates your life?

Scoring:  Each “yes” response to the five yes/no questions on the SCOFF is summed for the total score. Scores of 2 or greater were originally set a cut-off point for maximum sensitivity to detect anorexia and Bulimia nervosa (Morgan et al, 1999). A cut-off point of 3 has been suggested as the best compromise between sensitivity and specificity.

Psychometrics: A meta analyses of 15 studies examining the utility of the SCOFF found that the 5 questions of the SCOFF constitute a highly efficient tool for the detection of eating disorders, even by a non-specialist, in several languages.  Its use as a screening tool is highly recommended.

Strengths: Readability, ease of use, time efficient, effective, available and validated in other languages.

Limitations: SCOFF is a Self-report measure, may be less effective for male and older people who may present with different symptomology, does not screen for excess exercise, past weight loss

Access: Free and easily accessible.  The SCOFF was developed in the United Kingdom but items have been adapted for use in the United States (Morgan et al, 1999; Parker, Lyons and Bonner, 2005).  German, Finnish, Spanish and Japanese translations of the SCOFF have also been developed.