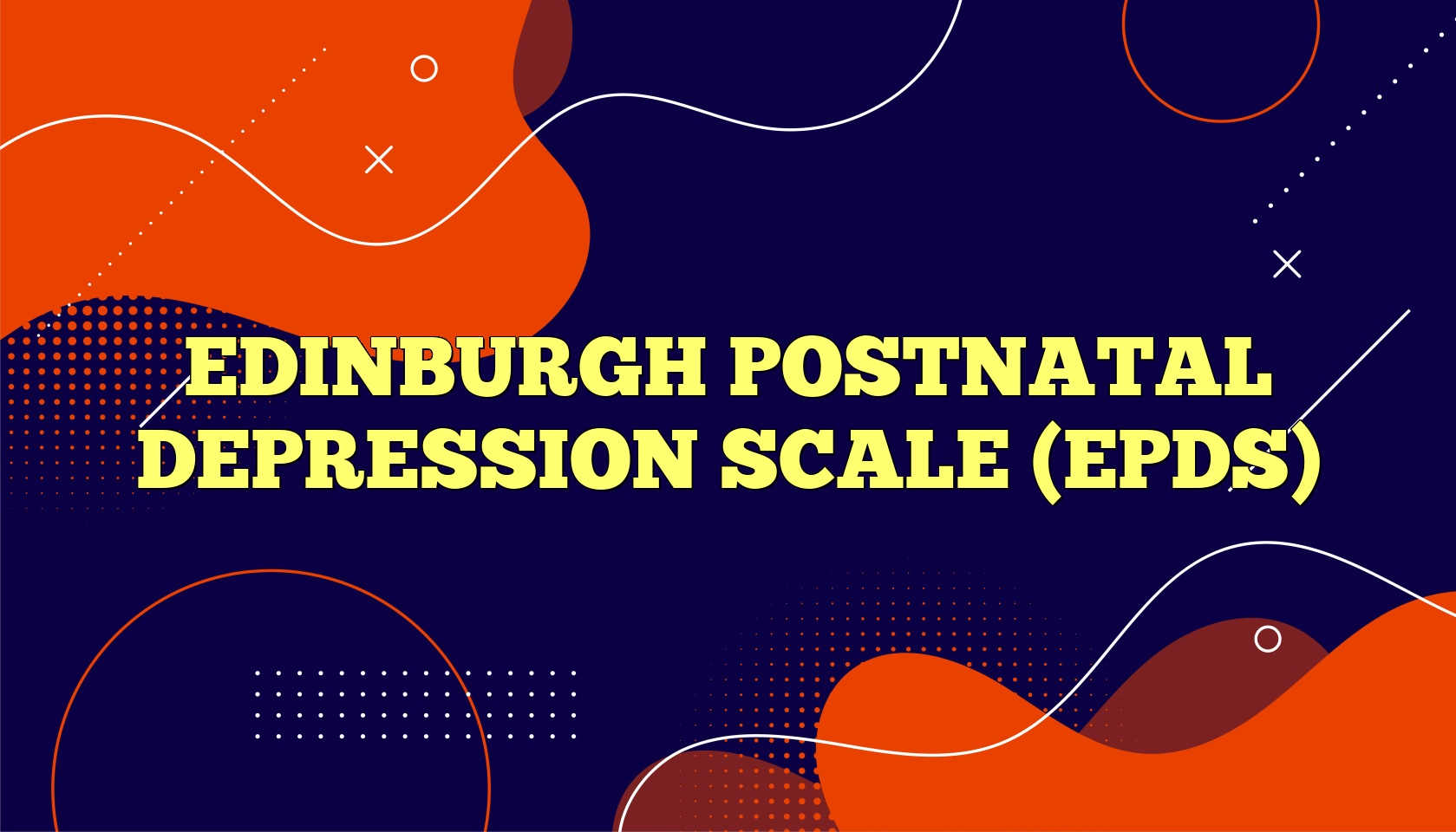 The Edinburgh Postnatal Depression Scale was developed in Edinburgh in 1987 by Cox, Holden and Sagovsky in response to the increasing need to screen women for depressive symptoms in the months following childbirth and the lack of sensitivity of other depression scales. These scales included somatic symptoms such as sleep difficulties, poor concentration and lack of energy as markers of depression, whereas these symptoms may be quite normal for postnatal women (Cox, Holden, Sagovsky, 1987; Matthey & Agostini, 2017).  The authors also sought to develop a test which was short and easy to administer by non-psychiatric health professionals such as community health workers (Cox et al., 1987).

Test items were selected from the Irritability, Depression and Anxiety scale, the Hospital Anxiety and Depression Scale and the authors own items.  A total of 21 items were narrowed down to 10 following pilot testing, The ten item test was then administered to 84 mothers living in Edinburgh who were also interviewed using the Standardised Psychiatric Interview.  The use of the cut-off score of 12/13 identified all 21 women with definite major depressive illness.  The results showed 86% sensitivity (true positives) and 78% specificity (true negatives) and 73% of women over the threshold who met Research Diagnostic Criteria for depression (positive predictive value).   The split half reliability was 0.88 and the standardised co-efficient was 0.87 (Cox et al., 1987).

The EPDS is now a very widely used screening tool to detect depressive symptoms in prenatal and postnatal women and is used extensively in research (Kernot, Olds, Lewis & Maher, 2015).  It has been translated into more than twelve languages and has been validated on Australian samples (Boyce, Stubbs & Todd, 1993; Matthey & Agostini, 2017). The test requires mothers to select the statement which reflects how they have felt in the past 7 days, example items include:

“I have looked forward with enjoyment to things” As much as I always could; Not quite so much now; Definitely not so much now; Not at all

“I have blamed myself unnecessarily when things went wrong” Yes most of the time; Yes, some of the time; Not very often; No, never

Item scores range from zero to three on a 4 point likert scale and scores are summed to get an overall score, with some items reversed scored. (Kernot, Olds, Lewis & Maher, 2015).  Australian clinical guidelines suggest a score of 0-9 indicates ‘low likelihood’; score of 10-12 indicates ‘moderate likelihood’ and score of 13 or above indicates high likelihood of depressive symptoms but these results should always be followed up with further assessment as it is NOT a diagnostic tool (Cox et al., 1987; Kernot et al., 2015).  The test can also be used for antenatal women but the suggested cut off score is 15 rather than 13 (Matthey, Henshaw, Elliott & Barnett, 2006).  The EPDS has also been validated on men in the postnatal period and discriminated between distressed and non distressed fathers using a lower cut-off score of 9/10 due to men’s lower levels of expressiveness compared to women (Matthey, Barnett, Kavanagh & Howie, 2001).

In a review of 18 validation studies, the EPDS was found to have sensitivity levels of between 65-100% and specificity of 49-100%, mostly using clinical interview for validation (Eberhard-Gran, Eskild, Tambs, Opjordsmoen & Samuelson, 2001).  Studies have found it has a test retest reliability of  0.92 (Kernot et al., 2015), and is correlated with the General Health Questionnaire (0.72) and the Pitt Scale which measures postnatal depression (0.67) (Boyce et al., 1993).  Some researchers suggest the test measures two factors – 8 items for depression and 2 items for anxiety (Guedeney, Fermanian, Guelfi & Kumar, 2000; Matthey et al., 2001), although the Beyond Blue website suggests 3 items indicate symptoms of anxiety (beyondblue.org.au).  Cross cultural validation suggests cut-off scores may vary across cultures due to differences in women’s levels of expressiveness (Matthey et al., 2001).  The Beyond Blue website offers guidance for practitioners using the test cross culturally, including for women from aboriginal communities (beyondblue.org.au).

The tool is available free online through Beyond Blue (www.beyondblue.org.au)  and  Centre for Perinatal Excellence (www.cope.org.au).

Matthey, S., Barnett, B., Kavanagh. D.J. & Howie, P. (2001). Validation of the Edinburgh postnatal depression scale for men, and comparison of item endorsement with their partners. Journal of Affective Disorders, 64, 175-184.